A young student at the Massachusetts Institute of Technology (MIT) with a gifted mind for mathematics but who lacks resources meets a group of students led by Professor Micky Rosa. What appears to be a boring advanced math study group is actually a complex team dedicated to winning at blackjack, one of the most popular casino games. 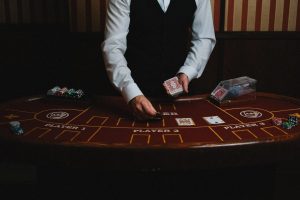 This is the basic plot of the movie 21 blackjack. But how much reality is there in the film? Can the same method be applied when you play casino online? We’ll let you find out yourself.

In the film 21 blackjack, directed by Robert Luketic in 2008, we can enjoy a plot in which deceptions, romances, and action are explored. Also, we see the trouble of the young protagonist Ben Campbell, who lacks the means to study at the School of Harvard Medicine but decides to join Professor Micky Rosa’s team. The professor promises him a lot of dollars playing in Las Vegas casinos.

The actual events may not be as fascinating and engaging to the reader as the ones presented in the film. However, the movie 21 Blackjack has plenty of exciting nods to the actual crew that went on to win big in Sin City.

The film is based on the bestseller Bringing Down the House, written by Ben Mezrich and published in 2003. Although Mezrich’s book is meant to be the story of the MIT blackjack team, it contains many made-up elements, making it hard to tell where it ends. Fiction and reality clash.

MIT team members like Jeff Ma and Ben Campbell in the film have stated on more than one occasion that the events and characters have been greatly exaggerated. Still, there’s no doubt that the book, like the movie 21 Blackjack, manages to create an atmosphere that gives this group of casino robbers an aura that’s as exciting as it is enigmatic.

In reality, Jeff Ma was never forced to join Micky Rosa’s team due to a lack of resources. Although he did intend to go to Harvard Medical School, Ma came from a wealthy family. So what attracted him to the team, aside from his method of counting cards, was the possibility of making a lot of money easily and using a tool he liked, mathematics.

Ma even makes a cameo appearance in 21 blackjack as the croupier Jeffery at Planet Hollywood casino, formerly known as The Aladdin.

Other situations, like the player being beaten up by the casino’s experienced head of security, which Laurence Fishburne brilliantly plays, don’t correspond to reality. In fact, the MIT team members were never shaken by casino security, which isn’t to say they weren’t closely watched.

In reality, the team was being investigated for 5 years by Griffin Investigations agents, world experts in casino security, until their strategies were exposed. Remember that card counting isn’t illegal, so it takes time to figure out how you’re breaking the law.

The Brains Behind The Plot: Micky Rosa

The team’s brains in the film is Micky Rosa, played by Kevin Spacey. But neither the real person exists nor did the team consist only of members of the Institute of Technology. In fact, it was a much more diverse team than 21 blackjack would have us believe.

Some hailed from Princeton and Harvard universities, like the character played by Kate Bosworth, Ben Campbell’s partner in the film. In fact, members came and went, and Jeff Ma also played his role in recruiting new players. A former club member who does not appear in the film, Semyon Dukach, went on to found his team at MIT, employing up to 60 players in 5 cities.

Micky Rosa is a mix of at least 3 individuals, none of whom were professors at MIT: JP Massar, Bill Kaplan, and Johnny Chang.

Kaplan, whose image sometimes appears next to Spacey’s character as if he basically inspired Micky Rosa, was a Harvard graduate who joined Massar, an MIT alumnus, to oversee the original team in the early 1980s. If Kaplan was the head, Massar had the contacts inside MIT.

In the 1990s, Johnny Chang, who had graduated from MIT in 1985, joined. Kaplan trained Chang when he was still a student. These three formed a partnership in 1992, Strategic Investments, through which they raised the necessary venture capital to start a successful business. They also recruited the players, and all legally.

The capital had come from former players and other members of previous teams that had started using this type of strategy. It was the time when the first casinos in Atlantic City began to open their doors.

Kaplan’s skill was undeniable, and he has card counting and business expertise. In any case, the primary motivation behind these math geniuses was money, but in no case breaking the law.

However, sometimes the line between legal and illegal is less clear than what has happened with the accusation of Edge Sorting Phil Ivey. In any case, the experience turned the MIT team into established business entrepreneurs like Kaplan, or blackjack virtuosos, like Massar and Chang.