Aching heart, teary eyes, emotionally invested, and longing for a happy ending, Korean dramas will leave you feeling some kind of way. As an avid K-drama fan, you can leave it to the writer to throw you some curve balls, throughout the show that you will feel like jumping (on the floor or from the window). 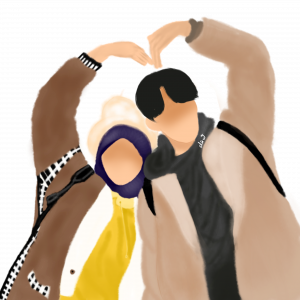 Famous for offering a very strong, gripping character development, and extremely engaging storyline, K-dramas are slowly replacing the English series that we have all grown up watching. One thing that especially distinguishes Korean dramas from English TV series is the attention to detail and separate storyline for each side character. Some side stories become more popular than the main story leads.

These second leads are so well written that you will get to experience heartache while rooting for the second lead. This heartache is commonly known as the Second Lead Syndrome. To be honest, who would not fall for an equally handsome, chivalrous, bad boy if he can make your heart race? A childhood softhearted friend, an adopted family member, a colleague, or a long lost pen friend, the characters are so tightly bonded that you will feel that the main lead might be worthless. These enchanting second leads are written to make the audience squirm at a minor inconvenience between the leads. If while enjoying some K-drama you have felt the same bittersweet feeling, well, congratulations, you have been diagnosed with the Second Lead Syndrome.

No matter what your choice of entertainment (English shows, K-drama, or a Spanish show) is, you need a good and steady internet connection. To become your watch partner for daily entertainment sessions, we recommend Optimum Internet. With Optimum Internet’s blazing fast speed, seamless connectivity, and good signal coverage, you can hide anywhere while sobbing to the emotional dialogues. If you are a native Spanish speaker and want a complete bundle and plans in Spanish, you should explore Optimum Internet Española.

Korean Drama to Give You Second Lead Syndrome

Most K-dramas will always have an enticing love triangle, but they will never make you root for the second lead. However, if you are not yet familiar with what it feels like to get Second Lead Syndrome, here are some shows that will make you feel all the symptoms.

The golden days of Lee Min Ho, The Heirs is a story that has all the right spices. If we see most of the new Korean dramas, we will feel that the story has drawn inspiration from The Heirs. However, it is controversial to say if The Heirs was the true culprit for starting the second lead syndrome.

The story revolves around two young high school students who meet in LA only to finally meet and fall in love when they return to Korea as class fellows. However, class differences, ranks, and societal pressure make them second-guess their relationship. In the ever-so-turbulent relationship, things become interesting as the second lead, Kim Woo Bin, the spoiled bad boy makes an entry. The character development, chemistry, and dialogue of Kim Woo Bin make the audience question the dynamics of the relationship.

Nevertheless is a Korean Netflix original drama that has a very different storyline. This drama was quite controversial because of the bold topic and made headlines for all the wrong reasons. With such a different idea, a hint of bitter relationship issues, and a blend of toxicity, this show was not well received by the local audience but was a hit with the international audience.

The story revolves around two college students trying to find a muse for their art by exploiting each other. The lead in the story is already quite repulsive and according to the audience, he is not worth it. While the audience roots for the sweet second lead, the female lead keeps committing the same old mistake and gets exploited by the toxic boyfriend.

Unless you do not want to kill the writer with your bare hands, you should not watch True Beauty. The story revolves around a young high school student who learns a way to enhance her beauty through makeup. The newly found beauty when returns to the school get introduced to her charismatic class fellow. The story might be sweet until now, but wait until you meet the ever-so-charming second lead.

No matter who you choose, there is a high chance that you will be left conflicted by the end. True beauty is a case of “almost,” where you know something gets too close yet so unreachable.

Tender, sweet, and too good to be true, the relationship between Do Bong-Soon and Ahn Min Hyuk is too good to be true. However, no matter how much you ship them, there will be a sinking feeling that you will get every time you will see Guk Doo, lovingly taking care of Do Bong-soon.

In fact, in most cases, the audience feels that Guk Doo played by Ji Soo was so relatable and that it was far more enticing than the main lead story. The story revolves around a woman who is genetically gifted to appear weak, but she is strong in real life.

If you have enough energy and sanity left after watching all the dramas listed above, this drama will make you go insane. With the perfect timing, looks, and caring personality of the leads, the story has everything and a conflicted ending. The story starts when two fresh graduates pitch their startups and get their businesses incubated in the pitch deck.

Things get rough when the mentor and childhood penfriend, return to test the dynamics of the relationship. The best thing about him is that unlike most of the cold, distant main characters, he has a strong back-story that connects him back to the story. However, even with such a strong storyline, the end leaves the audience in despair.

To sum it all up, we love K-dramas mainly because of their refreshing character development, and the chivalrous softhearted leads. However, the story does not always have to be one-sided, sometimes you need room for unpredictability and the second lead adds the unpredictability factor.